I posted a cryptic Instagram post about this book a few weeks ago, but I thought I’d share a full review. The Woman on the Orient Express, by Lindsay Jayne Ashford, was a book I purchased on a whim for my Kindle. I liked the premise of an historical fiction book about Agatha Christie, whose work I enjoy and whose life I wish I knew more about. Of course, the book is entirely fictionalized, if based on real people, but it is an interesting look at characters based at least in part in history. 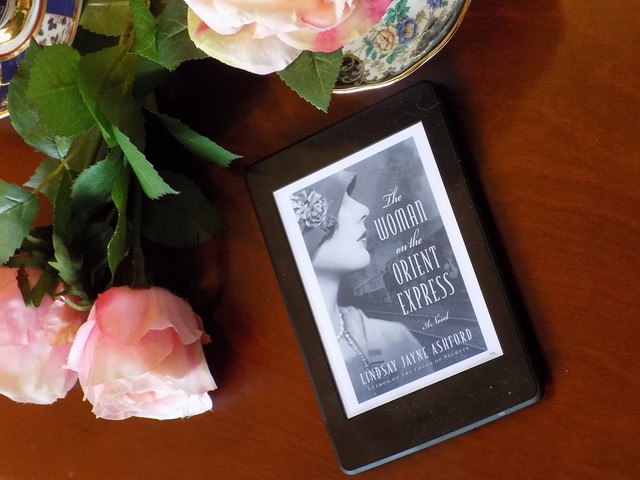 The story itself is not serious literature or high art. It has intrigue, action, and plot twists, but nothing ground-breaking. Of course, because it was about Christie, I assumed the story would be a mystery, which it isn’t really. But for some reason, most of the book felt like the setup of an Agatha Christie mystery. In each chapter, something is mentioned or set up that, in one of Christie’s works, would be a clue for a diminutive Belgian detective. Likewise, this book is full of Chekhov’s guns, sprinkled liberally throughout the story.

The plot begins with Agatha Christie planning a trip to the Middle East in an attempt to escape the publicity surrounding her mysterious temporary disappearance and her divorce. She is not only hurting from being left for another woman, but she is trying to balance recovery from a breakdown that has put her in the public eye. Ashford’s picture of Christie as a character is actually quite relatable, although she is sometimes a bit thick. However, whether the Christie of the book is just too stupid to see what’s in front of her or purposely turning a blind eye because she subconsciously wishes it weren’t so isn’t so apparent.

The other main characters are Nancy, based in part on Christie’s husband’s mistress, and the archaeologist Katherine Keeling, who was based on Katharine Woolley, a noted archaeologist of the time. I like how Ashford weaves the other two women into the story, although sometimes the particular plot choices are a bit soap-opera in their dramatism. That said, the characters themselves are well-enough written that they can handle their respective overly-dramatic subplots. If anything, the male characters tend to be one-dimensional, which is perhaps a welcome change in literature, in some light.

The plot does meander a bit, but it does eventually get to the point, with a rather unsatisfying climax, but I thoroughly enjoyed the book as a whole. There is a bit of romance, but the central focus seems to be the relationship among the three women. And it certainly doesn’t ever get boring.

That said, the thing that really grabbed me about this book was the afterwards, in which the author explains what inspired her to write this story. You see, the story is, in some way, an imagining of how Christie met her second husband. And the author calls Christie “the patron saint of second marriages,” which spoke to me on a personal level as I prepare myself to get married for the second time.

In the time in which Christie lived, it was considered a deep failing of a woman to end up divorced, and indeed it was sometimes catastrophic to end up without a husband and without the social dignity of widowhood. But the book goes further than this, bringing up the timeless issues of personal self-doubt, children’s lack of understanding, and the feelings of helplessness that accompany a divorce. Because Christie was fortunate enough to have an independent income in her writing, Ashford can treat her as a somewhat more modern-style divorcee, which helps the story reach a modern audience.

On the whole, I enjoyed this book for what I intended it: a piece of light reading in between other works. But I found a surprising depth of insight in the words of the author about Christie and her divorce and remarriage.