One of my favorite impromptu afternoon excursions was our visit to the Black Isle Brewery, just north of Inverness. We ventured up here one afternoon when we’d finished our morning touring and our lunch, but hadn’t planned for the afternoon. Not only is the drive up gorgeous, but the brewery staff were a great example of the laid-back friendliness of Scottish people. 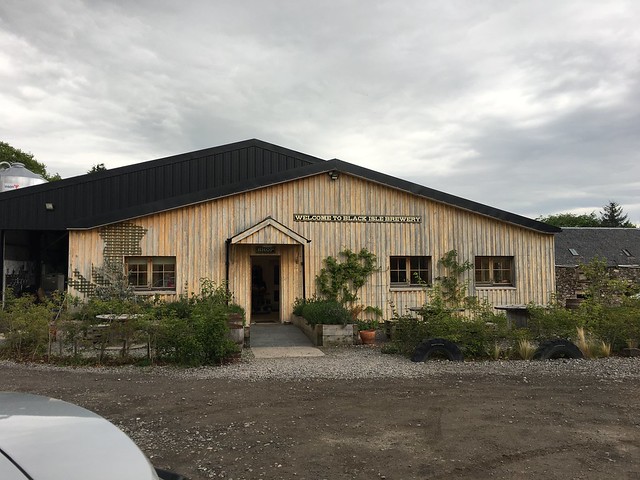 The brewery sits on the farm Allangrange in the Black Isle, which is famous for the quality of its malting barley. They grow their own malting barley, which is a switch from the breweries we’ve visited in the States, which often grown their own hops, but bring barley in. They also have a flock of about 200 black Hebridean sheep who get to eat the spent mash and provide wool for the jumpers they sell in their brewery shop. Upon entering the shop, the woman minding it offered to give us a tour of the brewing floor. It’s not a large operation, but she showed us their tanks and such. They even have a small rig that is a complete brewing test bed in a compact system, so that you can go from raw ingredients to bottled beer using equipment that sits on an approximately 24″x24″ footprint and is maybe 6-7′ tall. Very cool stuff.

From there, she offered us a taste of the some of the beers she had opened. Because we were traveling and couldn’t bring back beer on the plane, we satisfied ourselves to just buy a couple of single bottles of beers that would be best without refrigeration. But the woman who gave us the tour told us that if we were interested in drinking more of their beer, we should check out the Black Isle Bar in Inverness. 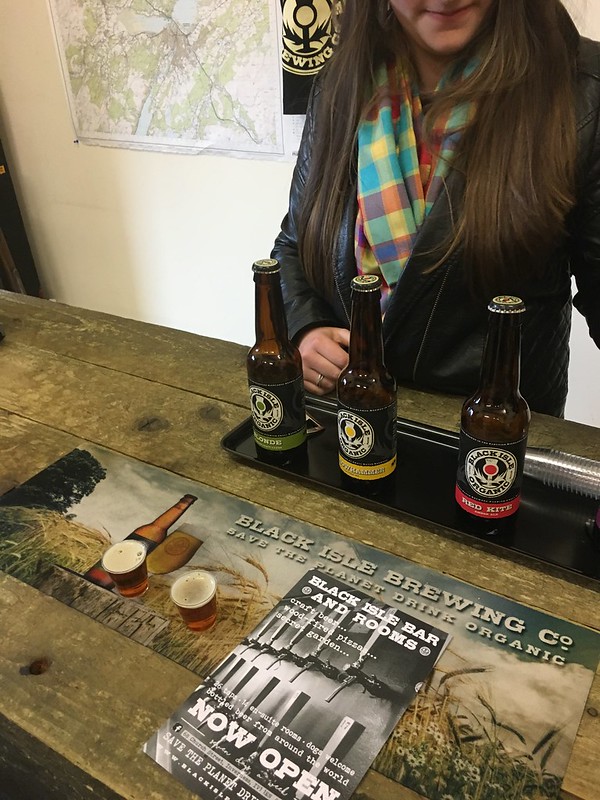 So a couple nights later, when we didn’t have other plans, we walked into town and found the bar. It’s a very hip place. You order at the bar, where they have multiple taps set into the wall, and a rotating list of what is being served from that tap on the monitors on the wall. They serve twenty-something drafts, plus some bottles (we stuck to draft!), small plates, and wood-fired pizza featuring local ingredients. One night, we tried a venison pizza and the next time we went, we tried the Hebridean pizza, featuring lamb meatballs made from black Hebridean lamb. Yes, this place had the distinction of being one that visited twice during our stay!

Despite the fact that the beer was excellent, my favorite part of the Black Isle Bar is that they offer 1/2 and 1/3 pints, so I could go in, taste three different beers, and still only have had one drink. Important for those of us with a lower tolerance for alcohol! So if you ever find yourself in Inverness, with a need for a good beer and a bite to eat, I would recommend the Black Isle Bar. And if you’re staying somewhat longer, and looking to fill a couple hours well, drive out to the brewery to meet the people there.