NB: Those of you who don’t know, my father died in late 2012, so this is not an entirely happy post, especially since we had a rather tumultuous relationship before that. 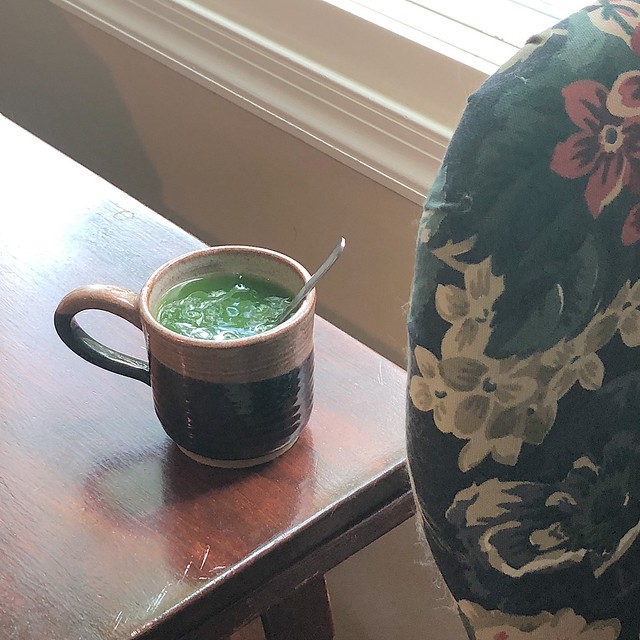 It was Father’s Day yesterday in the States, and a friend’s post on Instagram got me reminiscing about how my father indirectly introduced me to matcha. The following story may shock and horrify you, particularly if you’re something of a tea purist, but I feel like I’ve learned a lot from this time in my life, and I’ve tried to bring it to my current understanding of tea.

Since I was a teenager, I had a somewhat strained relationship with my father, which fractured entirely when he divorced my mother. In college, I made the decision to stop speaking to him entirely, a decision that led to seven years of estrangement. Eventually, we reconnected and started rebuilding a tenuous sort of relationship. A couple of years later, I would lose him, so I suppose it was fortunate that we were able to mostly reconcile before his death.

When my father was diagnosed with cancer in late 2011, he embarked on a rather aggressive treatment regimen, and my stepmother, likely in an attempt to bring some sense of control to a terrifying time, threw herself into researching complementary therapies. She particularly looked into diet and supplements that could support an anti-cancer lifestyle. This led to the purchase of a great deal of “health food” and various forms of green tea, including a tin of matcha powder. Now, my father decided he liked the matcha-dusted green tea bags they got, which he dubbed his “macho tea,” but no one much liked the plain matcha powder because it was such a strong green tea flavor.

At the time, I was living with them because I had separated from my first husband, and as both a green-tea-drinker and one who hated waste, I started drinking the matcha. Of course, I also started baking with the spelt flour and flaxseeds and cooking with some of the healthier food (I was going through a pseudo-vegan phase at that point), and at one point I had a rather large master list of the vegan muffin recipes I had developed.

In the spring of 2012, my father finished his treatment and was deemed cancer-free, but in fall of 2012, it returned, more aggressively, and it was likely not going to go as well this time. So even though I had since moved out of their house and into a shared house in the same neighborhood, I spent much of my time at my stepmother’s house. By December 2012, it was obvious that it was the end, possibly any day, so I spent my days sitting next to his bed while he slept whenever anyone else from his large family wasn’t there to be with him. I would occasionally sing to him, and occasionally read a book while he slept, but I always had my mug of tea.

As a raw newcomer to the world of matcha, my preferred cuppa was a large mug with a teaspoon of matcha in the bottom, filled with hot water from the insta-hot water tap and stirred with a spoon. No sifting, whisking, or controlled water temperature. No fancy teaware, or even particularly good matcha. Just a mug filled with a somewhat-sludgy, swamp-water concoction that tasted like green tea, kept me feeling alert but calm throughout trying days, and could be refilled occasionally as the powder settled out.

It’s not a sophisticated way to drink matcha, and that’s okay. I came to tea slowly, in increments, starting with a love of tea parties with bagged Twinings, and then on to loose leaf from Teavana, so beginning with matcha by unceremoniously dumping a spoonful of low-ish quality powder in a large mug seems almost fitting. And no matter how intricate my own personal tea rituals may become, sometimes I like to remember their humble beginnings.

So to commemorate this Father’s Day, I made myself a spoonful of matcha in a mug and sipped it slowly while I remember the lessons of tea my father probably never knew he’d taught me.