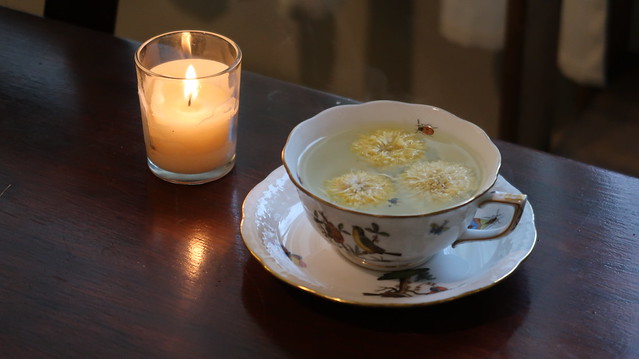 This weekend is the Celtic feast of Imbolc, the kind of traditional start of spring in the Celtic and pagan calendar. As someone with a strong affinity to pagan traditions, I like this idea. I first realized that I was keeping pagan customs when I was a runner in graduate school and found myself counting down to the winter solstice, which is when the days started getting longer, so I was that much closer to being able to run first thing in the morning without being in the dark. One thing I remember from those days was that the end of January and the beginning of February felt like the deepest depths of winter, when it felt like I might never be warm again.

But I like the idea of spring starting at the beginning of February. Traditionally, it seems that the seasons started at the cross-quarter days (the days halfway between the solstices and equinoxes), which is why our first day of summer is also called “midsummer” and our first day of winter is called “midwinter.” Supposedly, Imbolc was the time when ewes would give birth, and start producing milk, so milk, dairy products, and lamb are all traditional foods. I like to make a big meal, perhaps with a cheesecake, or some pancakes. While eggs are more commonly associated with the spring equinox festivals, the beginning of spring would mean the birds would start laying again (traditionally, eggs are a seasonal food, same as strawberries or pomegranates). So pancakes at Imbolc (which was celebrated in the Christian world as Candlemas) are traditional as well.

Imbolc is also associated with the Celtic goddess Brigid (later believed to have become the Christian St. Brigid), a goddess of inspiration, creativity, midwifery, healing, and fire. In one of the stories associated with her, she is kidnapped by the hag-goddess Cailleach and held captive in a cave underground through the winter, and then escapes to bring spring to the world. This is surprisingly reminiscent of the Greek myth of Persephone and Hades, although in that story, the chthtonic goddess Hecate is her rescuer, not her captor. In some version of the story, Brigid and Cailleach are the same goddess, with the winter crone transforming into the spring maiden at Imbolc. This traditional view of the cyclical nature of the world mapping onto the life cycle of a person is one of the things that gave rise to traditional death customs that favored reincarnation as the explanation for what happens after you die.

But perhaps my favorite story of Imbolc has to do with the Cailleach, not Brigid. In some parts of the British isles, the Cailleach is a weather deity and has the power to control local weather conditions. So on the first day of spring, it’s believed that the Cailleach decides if she wants to extend the cold weather or not for another six weeks. If she decides that it will be a long winter, she makes Imbolc bright and sunny so she has nice weather to gather firewood for the rest of winter. But if she’s not going to make it a long winter, she sleeps in and doesn’t bother making the weather nice. So if the weather is bad on Imbolc, it’s a sign that winter will end soon.

Perhaps this sounds familiar, although with another creature in the place of a crone gathering wood. In the States, we celebrate Groundhog Day, where we wait and see if a certain groundhog sees his shadow when he comes out of his burrow. Now, the modern tradition says that the groundhog is afraid of his shadow and if he sees it, he runs back into his burrow to weather six more weeks of winter. But perhaps, he just sees that the Cailleach has made the weather sunny and is dashing back in to get cozy for the rest of the winter weather.

Blessed Imbolc to all my readers!